Note: For information about the gateway, netmask, and IP address, see your customer account.

There are 2 ways to create a bridge in Proxmox:

1. via the SSH console

2) Check which network interface is used. To do this, execute the command "ip r s | grep default".

eth0 -> the network interface used. The main IP of your server is also configured here.

3) Now the bridge is created via the file /etc/network/interfaces . The network configuration looks like this:

Please note that you replace "eth0" in the example configuration with your previously queried network interface, otherwise you will lock yourself out of your system. Also the line "iface eth0 inet manual" (with your network interface) must be present, so that your server is accessible in the connection.

2. Via the web interface

2) Navigate on the left side to: datacenter -> "Your host system". 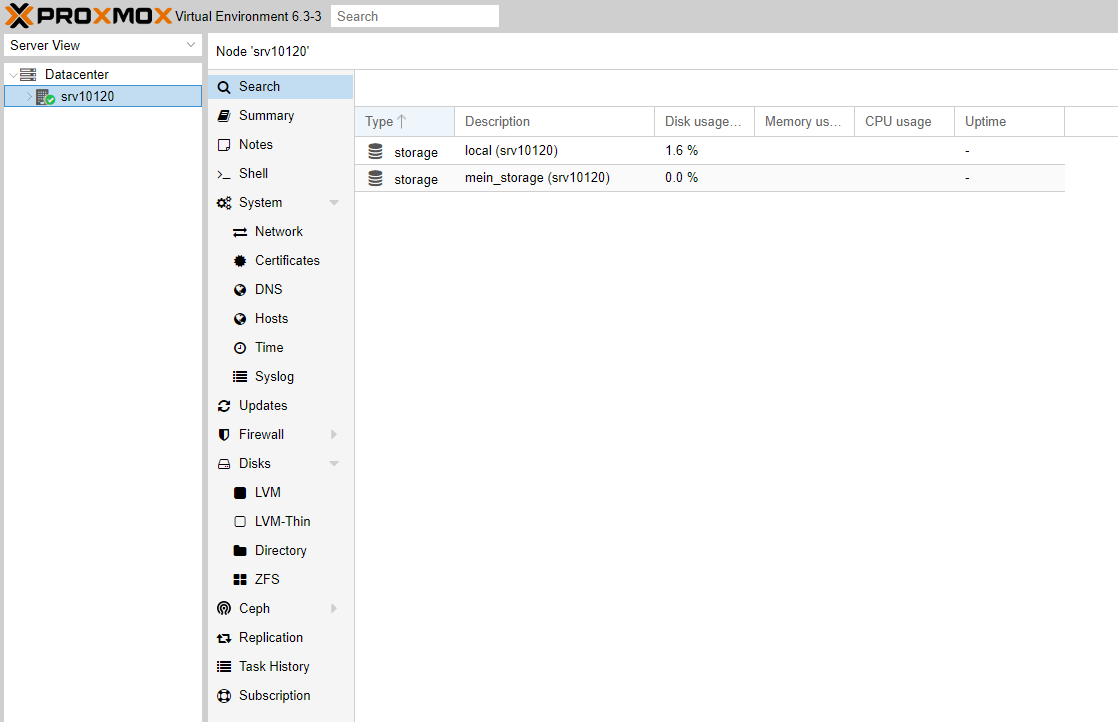 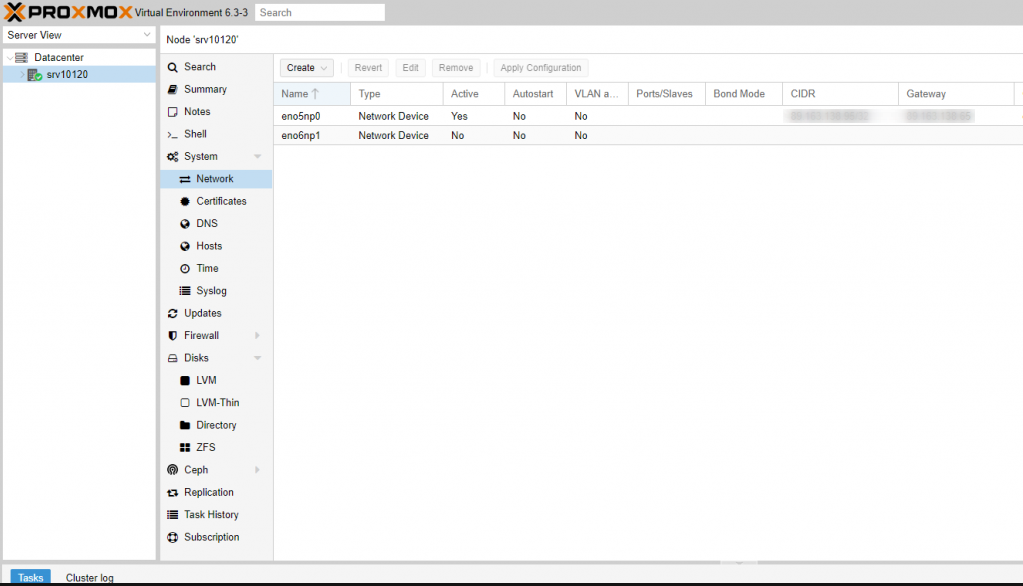 4) Now double-click on the network interface and delete all entries.
Do NOT save the change yet, because you would lock yourself out. Please follow the steps to the end.

5) Now the bridge is created. To do this, click on "Create" and select "Linux Bridge". 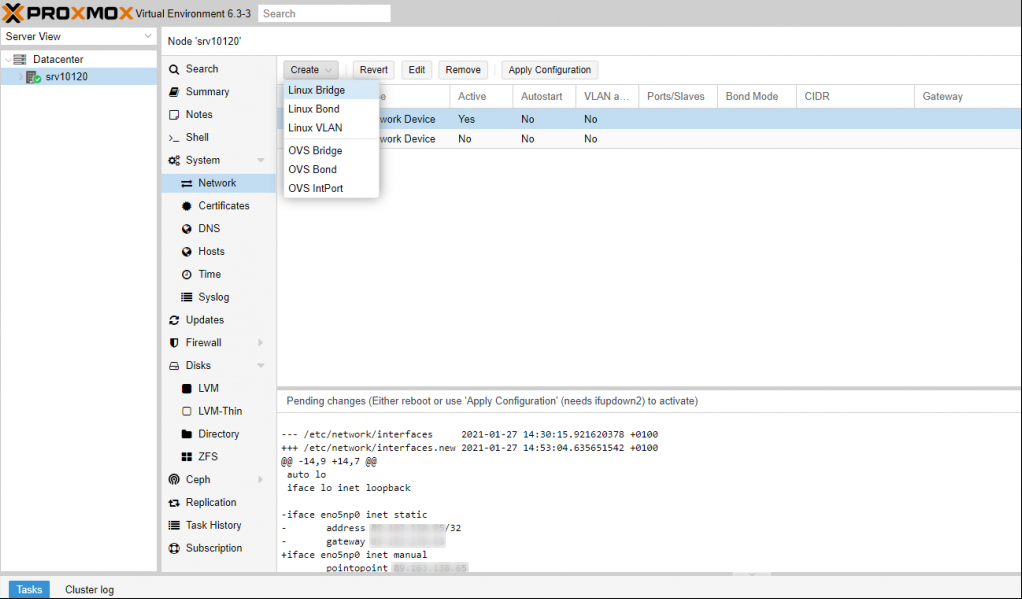 6) The following entries should be made there:

7) If you have now made all the settings and checked them again, restart the server via the "Restart" item at the top right of the screen.

Important for bridging setup to work

To make the Bridging setup to work, you need to change the routing of the additional ip you want to use in a virtual machine.

Go to the control center of your server in the customer panel and set the following setting for the correct additional ip: 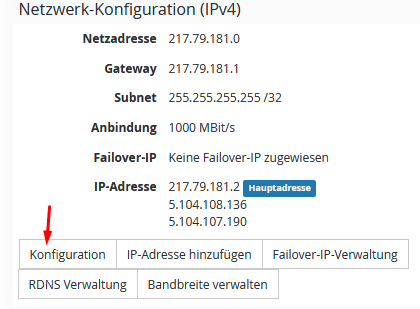 Important for Debian 7 with Proxmox

If you want to run VM's and CT's at the same time, change the following entry via SSH:
Datei: /etc/vz/vz.conf

Look for the following entry there:
NEIGHBOUR_DEVS=detect

and replace it with this
NEIGHBOUR_DEVS=all

Related entries
Categories for this entry